Richmond, B.C. Richmond Hospital Foundation celebrates donor leadership today as it achieves its $50 million goal in its ACT NOW capital campaign. “Today, we announce with joy and gratitude the huge contributions that donors have made to ensure a new acute care tower gets built in Richmond,” said Rick Ilich, Richmond Hospital Foundation ACT NOW Campaign Chair. “This is an incredibly historic achievement for Richmond, and it demonstrates how deeply this community believes in Richmond’s health care, now and for future generations.”

In 2017, Richmond Hospital Foundation launched its ACT NOW fundraising campaign—the largest capital campaign ever in Richmond—with the goal to raise $50 million for a new acute care tower for Richmond Hospital. Since then, almost 150 individuals, families and businesses have been inspired to donate.

“From the very beginning of the ACT NOW fundraising campaign, our community has rallied together, united in its call for a new acute care tower,” said Chad Pederson, Board Chair, Richmond Hospital Foundation. “Richmond has one of the fastest growing populations in the province, including many seniors who will require increasingly complex care in the years ahead. We are deeply grateful to our donors for their generosity and leadership to ensure health care will be there for patients and families.”

“Today’s celebration is the culmination of years of efforts by many people,” said Natalie Meixner, President and CEO, Richmond Hospital Foundation. “We offer our heartfelt gratitude to our donors for their generosity and leadership. We thank all of the doctors and nurses for their important role in fundraising by sharing how challenging a nearly 60-year-old facility is to work in. And we thank the many businesses, organizations, and community leaders, including those on our campaign team for helping to galvanize Richmond around this vital and urgent need.”

Members of the Richmond Firefighters Association were the very first donors to the ACT NOW Campaign.

The urgent need for a new acute care tower in Richmond:

Richmond Hospital’s original tower was officially opened in 1966 and is now almost 60 years old. It is seismically unstable, meeting only 17% of current seismic standards and is in danger of collapsing in the event of even a moderate earthquake.

Richmond’s population has nearly quintupled since the hospital first opened, but the number of inpatient beds has only doubled. The hospital’s operating rooms lie below the flood plain and risk flooding in the event of a tsunami or major flood. Overall, the original tower has been rated as 80% or more deficient with failing mechanical and electrical systems.

Included in the new facility will be:

A total of 219 inpatient beds (an increase of 111) including a 16-bed Critical Care Unit for Intensive Care and High-Acuity patients. All inpatient rooms will be single occupancy with private bathroom and shower facilities.

A brand-new Medical Imaging Centre with expanded capacity and new equipment, built to accommodate more than 200,000 visits per year, compared to just over 125,000 visits today.

Over the past 34 years, Richmond Hospital Foundation has raised over $110 million to help fund vital medical equipment, improvements in patient care services and upgraded facilities. Our goal is to inspire joyful giving within our community to build a better and healthier future for Richmond. 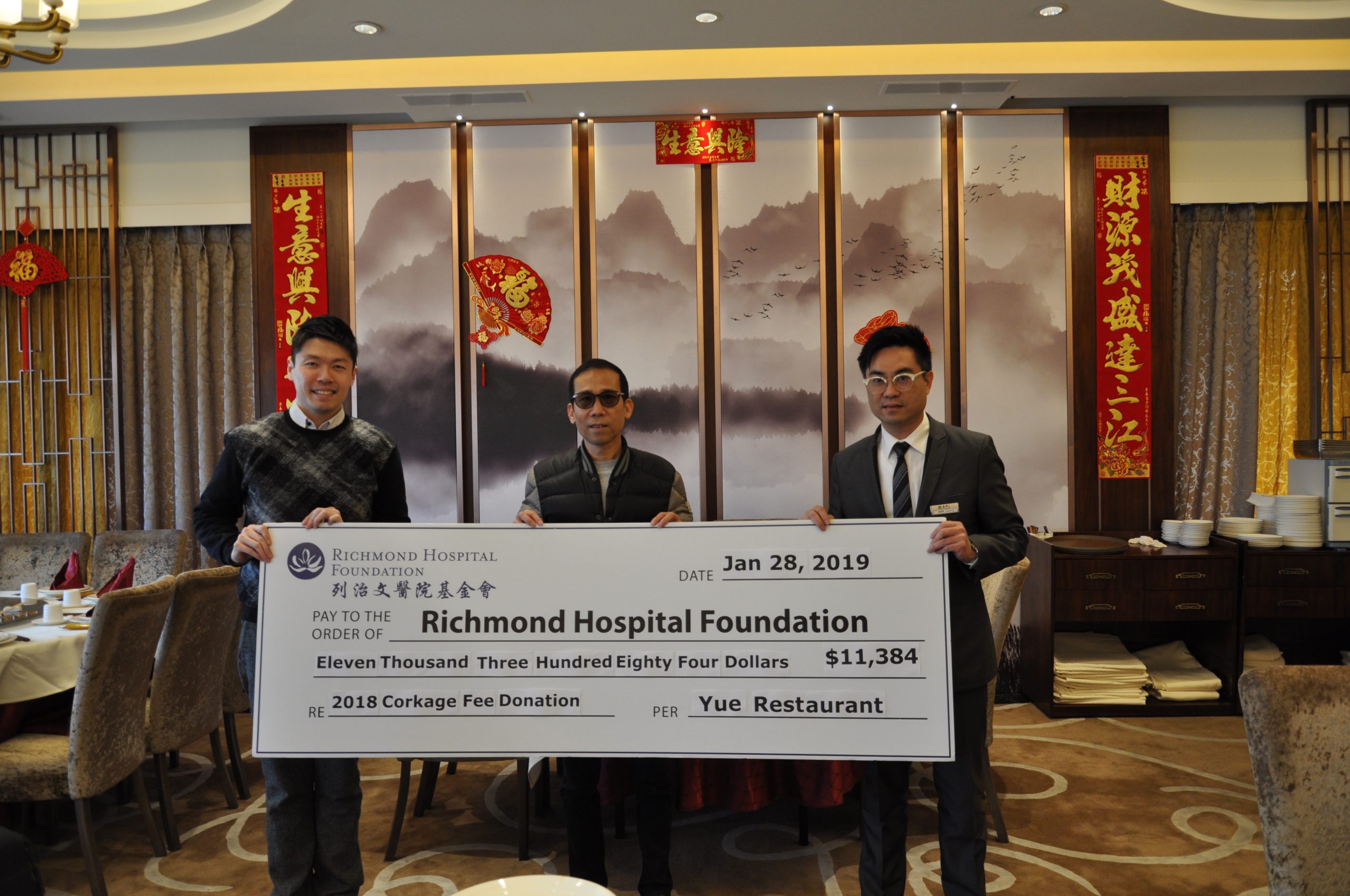 Add some joy to your inbox with our newsletter Subscribe